It’s the first day of school at Rogers High School, and this morning, they kicked off their first assembly a little differently.

Students cheered on their teachers and athletes while they played against “The One-Man Volleyball Team.”

Six versus one, not exactly fair odds. Well, for the team of six that is.

Bob Holmes has played more than 20,000 games, in 6,000 gyms, in front of 6 million people. Thursday, Holmes challenged and beat the women’s and men’s volleyball teams. If that wasn’t enough, he finished the game by taking on a team of nine teachers. The score was 24-24, and to everyone’s surprise, Holmes took the win again.

“I have so much fun playing the teams,” Holmes said. 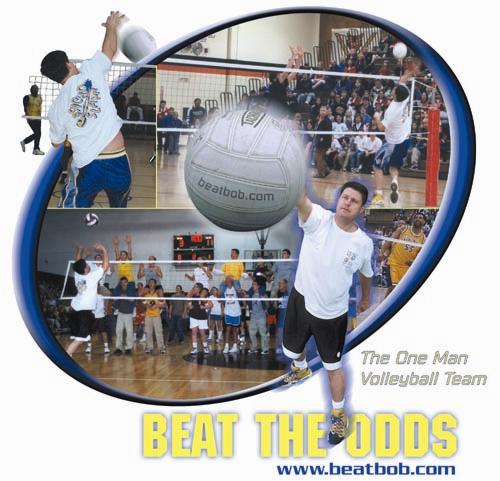 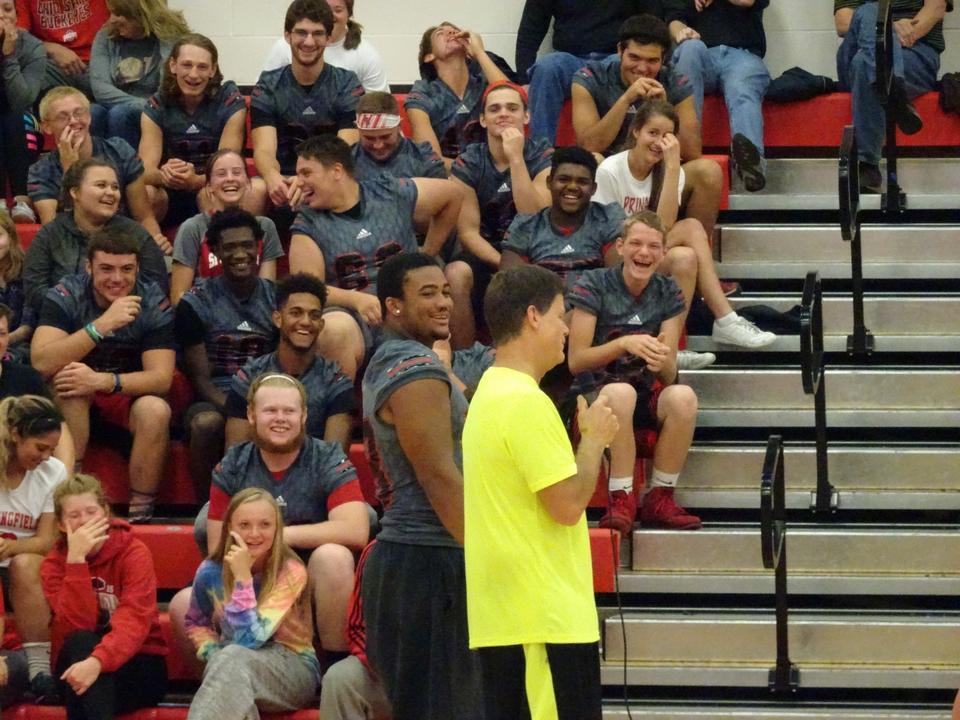 But he does this for more than his love of the game. Holmes tells KHQ that he wants to demonstrate how, even when you stand alone, you can beat the odds in your life.

“I single-handedly play teams in order to get that message across to them,” Holmes said.

Rogers High School says their theme for the year is “kindness.” Holmes spoke to the students about why being kind can save a life.

“I just want to step in there and say you don’t have to end your life, whether it’s by drugs, alcohol or suicide,” Holmes said.

A group of students surrounded Holmes after the game.

“It breaks your heart every time. You can see it in their tears, they’ve been through a lot in their life. They were so encouraged by the message,” Holmes said.

Holmes is always looking for his next team to challenge, and the next group of lives to impact. If you want to see Holmes beat your teachers, visit beatbob.com and send him an email.